Whether you’re shopping for bedding or not, you’ve likely heard the terms duvet, duvet cover, and comforter. Are these three things the same, and can these terms be used interchangeably? What’s the difference between a duvet, a duvet cover, and a comforter, anyway?

Duvets, duvet covers, and comforters are three different bedding items. We’ll break down the specifics of each one to help you figure out what’s best for you. 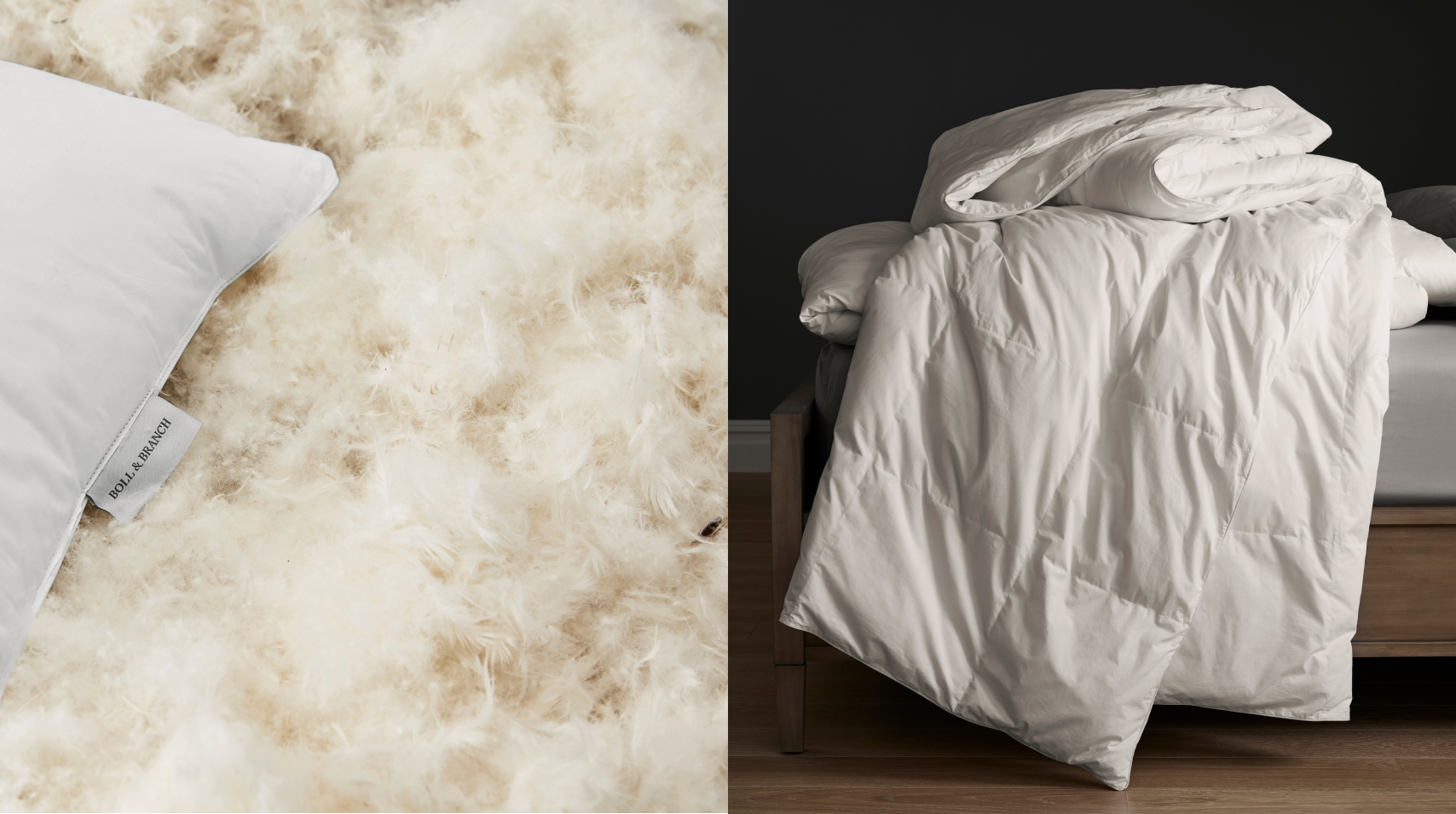 What is a Duvet (Also Known as a Duvet Insert)?

A duvet is a blanket-like layer that’s designed to keep you at the best, most comfortable temperature. It’s a lofty layer with an outer shell that’s filled with natural or synthetic materials, like down feathers or down alternatives. The word “duvet” comes from the French word for down.

Duvets are typically made from two pieces of fabric that are sewn together and then stuffed with filler material. Traditional duvet inserts are filled with duck or goose feathers, but today, you can find plenty of premium microfiber options as well.

Regardless of what they’re filled with, duvets are meant to be soft and fluffy, while still keeping you warm and cozy during colder seasons. Duvets inserts also come in various weights to cater to different temperatures and sleeping preferences. 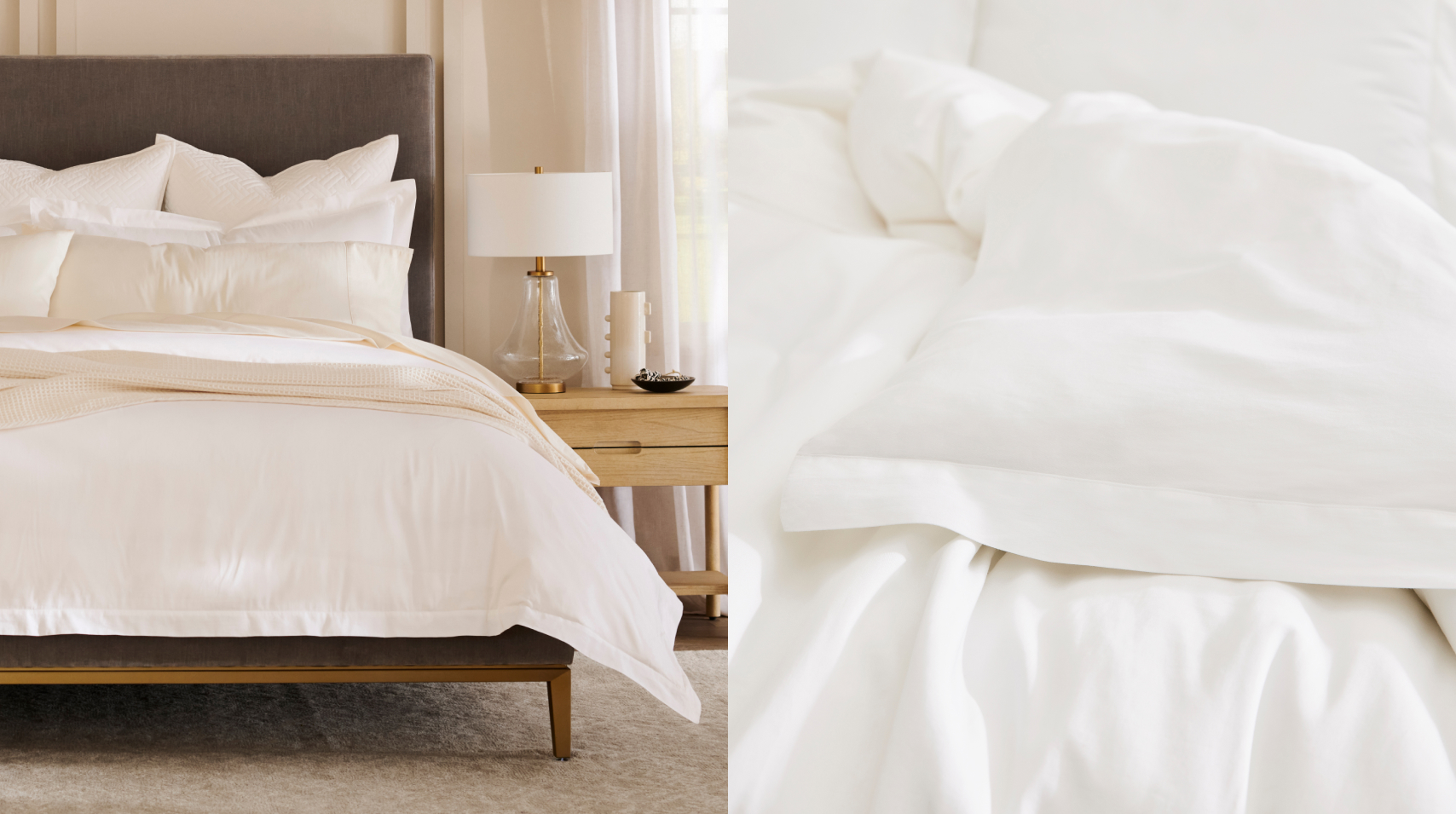 What is a Duvet Cover?

A duvet cover is an outer layer of fabric designed to cover a duvet. This means that you’ll actually be hugging the duvet cover when you sleep, and not the duvet itself. They’re mainly used to style your duvet and change your bedroom’s look and feel, but they also provide additional warmth and softness and will protect your duvet from stains and tears.

Not all duvet covers are created equal. Our duvet covers are made with the highest quality 100% organic cotton available for superior breathability, giving you an exceptional sleep experience.

What is a Comforter?

Comforters are typically lightweight or midweight, whereas duvets come in a wider range of weights. You can customize the weight of your blanket-like layer with a duvet insert.

Since comforters are thinner than duvets, they’re typically styled with top sheets or additional quilts.

What is a Comforter Cover?

Comforters don’t need covers, but if you want to give your comforter some added protection or change the look of your bed, you can use a duvet cover to cover it.

What is the Key Difference Between a Duvet and Comforter?

Comforters are customizable, but duvets are by design. You can easily change your duvet cover to give your bed an entirely different vibe, but you would need to buy a whole new comforter to accomplish the same. Duvet inserts also come in different weights, allowing you to switch between heavier weights for the colder months and lighter weights for the summer to sleep as comfortably as possible.

How to Choose Between a Duvet Insert and a Comforter

Both comforters and duvets can elevate the appearance of your bed, but duvet sets offer more flexibility thanks to their interchangeability. Here are the main benefits of each type of layer.

Benefits of a Duvet

- Covers are easy to wash

- Covers are easy to store and save space, making them great for apartments or smaller homes

- Requires fewer layers if you don’t use a top sheet

- Easier to make beds because duvets are not fussy

Benefits of a Comforter 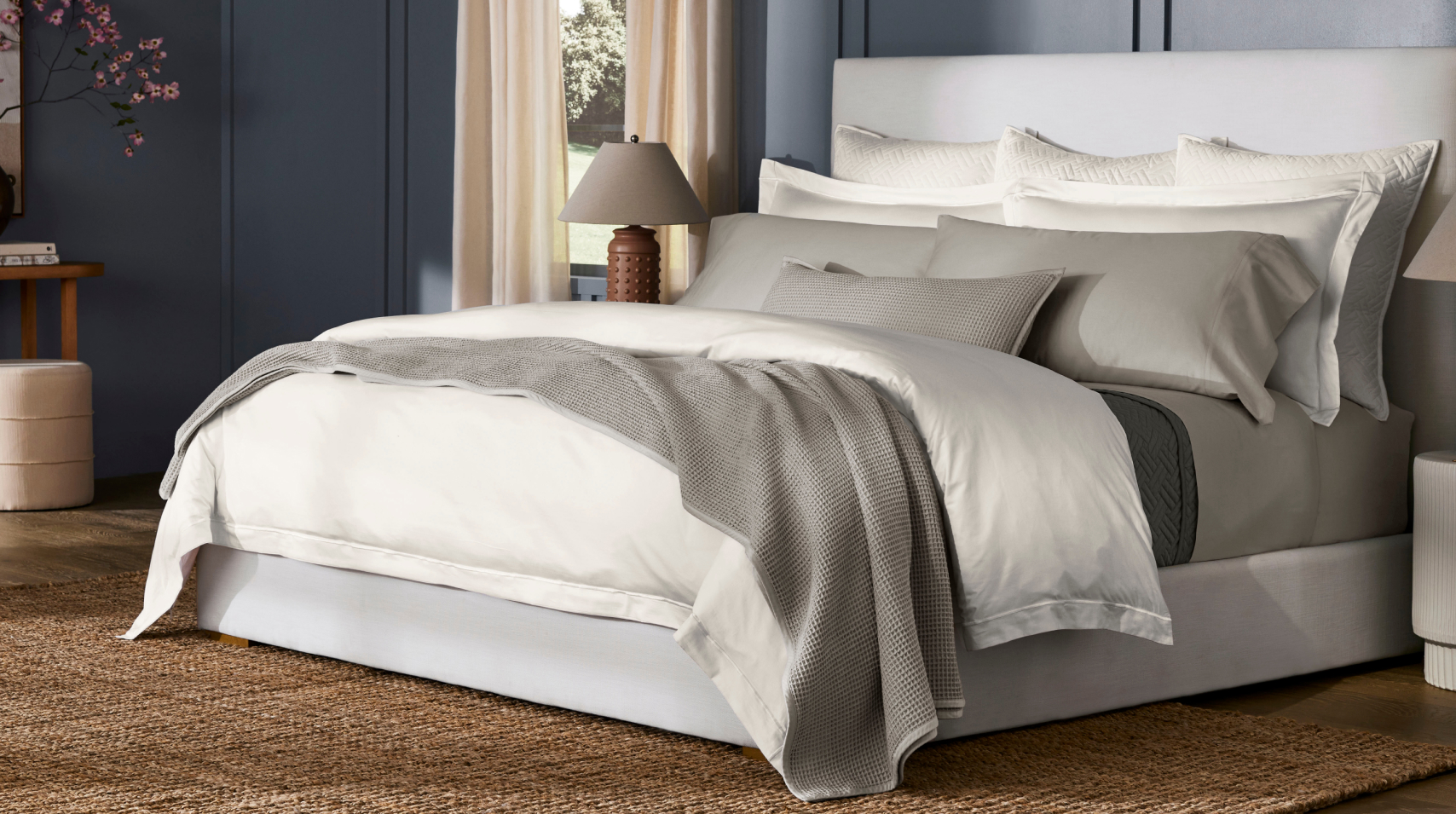 Other Common Duvet and Comforter Questions

Is a duvet a blanket?

Yes, a duvet is a blanket-like layer that’s designed to keep you at the right temperature all night long. Duvet inserts are quilted and filled with either down or down alternative.

What is a duvet set?

A duvet set is a bundle that includes both a duvet cover and matching shams. Buying a duvet set can be easier and more straight forward than buying each piece separately, and ensures that your bedding will have a more cohesive look and feel.

What are duvets filled with?

Duvets are filled with down or down alternative. Down refers to feathers from geese or ducks.

Down fibers lie in a bird’s feathers and typically come from the soft underside of the belly. Down provides insulation and keeps a bird warm, but like most things, they come in different levels of quality. Certain types of feathers are cheaper than others.

For a more luxurious experience, we use responsibly-sourced, hypoallergenic white duck down for the outer layer of our inserts and feathers for the interior. Our down is triple washed to guarantee a cleaner, longer-lasting loft.

Down alternative is usually a microfiber and is intended to provide an experience that mimics down. Some synthetics achieve this better than others, so it’s worth doing research before you buy.

Our down alternative is made from PrimaLoft®, a premium, hypoallergenic fiber that feels just like real down.

Do I need a duvet cover?

You don’t technically need a duvet cover for your duvet insert. However, a duvet cover will protect the duvet from getting dirty or torn, and they determine the look and feel of the top of a bed.

What is the density of a duvet?

The density refers to the amount of down or down alternative fill inside the duvet insert. The more fill there is, the better the duvet insert will be at trapping heat. The density of a duvet varies. Our duvets inserts come in three different densities: lightweight, midweight, and ultraweight. Lightweight duvets are best for warmer climates or sleepers, and ultraweight duvets are best for cooler climates or sleepers.

Why are the dimensions of the duvet cover smaller than the duvet insert?

The dimensions of a duvet cover are smaller than the insert to give you a fluffier look when you put your duvet insert into the cover.

Can a comforter be used as a duvet?

A comforter can be used as a duvet, but you may run into sizing issues. You can put a comforter into a duvet cover and have the comforter act as the duvet insert. Before doing so, you’ll need to measure accordingly.